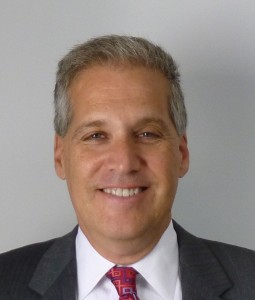 H. Michael Stern, Esq. is an Divorce, Matrimonial and Family Law Attorney, Mediator with more than 30 years of divorce and family law experience.

Michael is also a proven, reliable and seasoned litigator and trial attorney in the areas of divorce, matrimonial & family law, child custody and support.

After graduating from the New York University, College of Business and Public Administration with a Bachelor of Science in Finance in 1981, Michael attended the University Of The Pacific McGeorge School of Law. Michael received an outstanding legal education from a faculty of legal luminaries, including United States Supreme Court Justice Anthony M. Kennedy, who taught him Constitutional Law. Michael obtained his Juris Doctor in 1985 and was admitted to the State Bar of New Jersey in 1985 and New York in 1986. Following two associate positions, Michael has been successfully engaged in his own private practice for over 30 years, concentrating solely on matrimonial, divorce and family law.

Michael received his Divorce Mediation Certification and specialized training from the New York Center for Interpersonal Development, a program approved by the New York State Office of Court Administration.

Michael has seen first hand how divorce and family conflict shatters lives. In 2009, Michael decided to resume his education by entering the Adelphi University, School of Social Work. Michael completed his Masters Degree in Social Work in 2013.

Michael realized that legal conflicts do not need to be fought as a winner-take-all battle where parties lose control of their outcomes to judges and the courts. Michael believes in a client centered approach to dispute resolution.

Michael possesses unique skills as an attorney, divorce mediator and with a background in mental health to address the complexities of a family in conflict. Michael has the divorce and family law legal background, courtroom and mediation skills to find agreement in the midst of emotional turmoil.

Michael knows how painful the divorce process can be for parties and their children. Michael’s goal is to help find a satisfactory resolution and reach a fair agreement, allowing the parties to move on with their lives. However, if a Court must decide the issues, Michael has the trial skills needed to win the case in the courtroom if litigation is the only solution.

This is attorney advertising. Prior results do not guarantee future outcomes.
Click here to view Blog posts