WHERE THE ISSUE PRESENTED IS RELEVANT TO DETERMINE THE OUTCOME OF A CHILD CUSTODY CASE, THE NEW YORK COURT HAS THE POWER TO DIRECT A PARTY TO PRODUCE FACEBOOK POSTS AND PROVIDE AN AUTHORIZATION TO THE COURT TO OBTAIN THE INFORMATION DIRECTLY FROM FACEBOOK

H. Michael Stern, Esq., a New York matrimonial and family law attorney and mediator with over 32 years of experience suggests that a litigant must be careful to select the right seasoned and experienced matrimonial lawyer to try his or her divorce case. 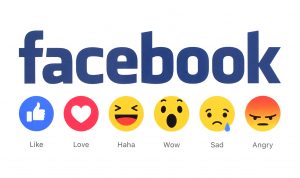 In a 2015 case determined by the Supreme Court, Westchester County, New York, the trial Court determined that the application for social media evidence had to have a bearing on the claim that one of the parents was not spending time with the child during from birth through age four. The Court noted that the law prohibited social media fishing expeditions through discovery. However, the trial Court found the request for Facebook posts during that time to be relevant and could have a bearing on the outcome of the child custody dispute. As a result, among other things, the trial Court ordered the posting party to produce printouts of her Facebook postings showing her whereabouts away from the New York metropolitan area from date of birth of the child until the commencement date of the case. The trial Court also ordered the mother to submit an authorization giving the court access to her Facebook posts during the applicable time frame. The father was also directed to turn over any postings by the mother in his possession for the time period in question. 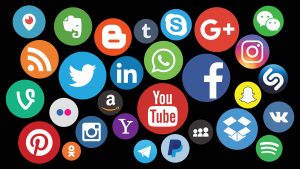 Thus, in my opinion it is absolutely critical to limit Facebook and other social media postings during divorce and custody cases. In my 32 year career, I have used the opposing litigant’s social media postings against them in various contexts. When a litigant is reckless on social media, the adverse consequences resulting from the admission of the social media evidence at trial can drastically effect the outcome of the case. In one case that stands out in my career, a neglect case was initiated and prosecuted by the County against the other party resulting from social media evidence that was in my client’s possession. While I understand that many litigants reach out on social media for support from their friends and acquaintances during a bitter divorce or custody case, one can go overboard. The potential exists that both words and photos will be used outside of their intended context against the posting party. Thus, I counsel my clients that restraint in social media use is the best choice during litigation.

I have been trying divorce cases and Family Court hearings since 1987. My goal first and foremost is to win at trial when a settlement cannot be reached in the case. Focusing on the needs of the client and the results sought have always been a hallmark of my Long Island practice over the past 30 years.

Please contact me for a free initial consultation, H. Michael Stern, Esq., a Nassau County child custody lawyer, if you are interested in discussing your child custody, divorce or family law matter at hmsternesq@gmail.com or by phone at 516-747-2290.