THE COURT CAN DENY AN ADJOURNMENT IN A CHILD SUPPORT VIOLATION PROCEEDING WHERE THE ACCUSED HAS NOT PAID CHILD SUPPORT!

H. Michael Stern, Esq., a New York matrimonial and family law attorney and mediator with over 33 years of experience suggests that every effort should be undertaken to obtain enough time from the Court to present a defense to a support violation petition. 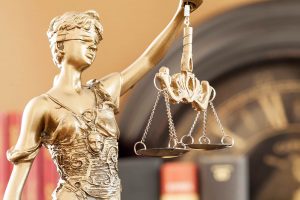 The point here is that where counsel is appointed or privately retained, appearing on very short notice and the accused non-paying parent is facing incarceration, the attorney must try to make a lack of effective representation argument if there is insufficient time to prepare a e defense. This should be done before any of the non-payment issues are explored by the Family Court Judge at the dispositional hearing. It is my unrelated opinion that it may be the constitutional responsibility of the Family Court Support Magistrate (who hears the case first) to offer Court appointed counsel prior to any willfulness hearing, where the accused is given the opportunity to oppose any finding of a violation of a support Order, as such a finding can quickly result in a term of incarceration before a Family Court Judge. After all, the client’s liberty is at stake if the Support Magistrate finds that a willful violation occurred. I cannot emphasize enough how critical it is to make the necessary arguments to defend the client in such cases, including a request to serve any term of incarceration on weekends only. This enables the accused parent to avoid falling further behind in support payments while continuing to work.

I have been prosecuting and defending Family Court child support cases for more than three decades. My personal preference is to use highly experienced private Counsel in these situations.

Focusing on the needs of the client and the results sought have always been a hallmark of my Long Island practice for over 30 years. Feel free to contact me, H. Michael Stern, Esq. a Long Island divorce and family law attorney, if you are interested in discussing your matrimonial, divorce or family law matter at hmsternesq@gmail.com or by phone at 516-747-2290. My office is conveniently located adjacent to the Roosevelt Field Mall Ring Road at 666 Old Country Road in Garden City, New York.