IF A PARTY IS NOT COMPLYING WITH DISCOVERY IN A NEW YORK DIVORCE, ONE MUST CONSIDER THE TACTICAL IMPLICATIONS OF A MOTION TO STRIKE THE PLEADINGS OF THE OFFENDING PARTY

with over 34 years of experience suggests that unless the offending party is the Plaintiff and the other party does not want a divorce, the best approach is to seek an Order of Preclusion as to evidence and testimony, as opposed to striking the pleadings of the offending party. 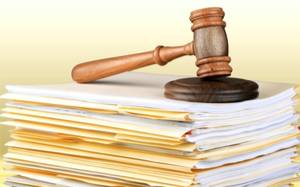 In a recent case decided by the Appellate Division First Judicial Department, the Court

choose where the other party is holding back financial records. Certain Courts in New York incorporate a provision in the order made at the very first Court conference (e.g. the preliminary conference) in a divorce case that mandates that one party or the other will proceed with a ground for divorce at trial. That mandate cannot be altered without the consent of the parties or by Order of the Court. An Order to strike the pleadings of a party who is designated in the Order to proceed with the grounds for divorce at trial is of no usefulness whatsoever if both parties want a divorce. In that case, the other party will proceed with the divorce and the offending party gets away with the misconduct, unless counsel fees are awarded to the other party at trial.  If one party does not want equitable distribution of marital property (which is a consequence of a New York divorce), then striking the pleadings of the party who is designated as the party to take the divorce at trial can result in a dismissal of the divorce action. If the “no fault” ground is stricken, then a marital fault ground would have to be the basis of any subsequent divorce case. In the case decided by the Court, the offending party appears to be aggrieved, but the reason is not attributable to the well-founded tactical decisions made by the other party in that case.

My belief is that the better practice for other party in that case would have been to seek the alternative sanction of obtaining an Order precluding the offending party from offering evidence or testimony at the trial.

I have been litigating divorce cases for more than three decades. Recent results can be found within the TESTIMONIALS page on this website.

Focusing on the needs of the client and the results sought have always been a hallmark of my Long Island practice over the past 34 years. Feel free to contact me, H. Michael Stern, Esq. a Long Island divorce and family law attorney, if you are interested in discussing your matrimonial, divorce or family law matter by phone at 516-747-2290.