WOULD COINBASE RESPOND TO A NEW YORK STATE COURT SUBPOENA IN A MATRIMONIAL CASE? 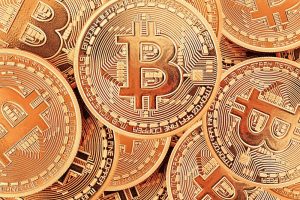 Michael Stern, Esq., a New York matrimonial and family law attorney and mediator with 32 years of experience is pondering the question of whether COINBASE would respond to a New York State Court subpoena in a matrimonial action for information regarding Crypo-Currency trading by a divorce litigant.

In a recent case determined by a California Federal Court in the matter of US v Coinbase, the IRS sought information concerning the identity of Coinbase users, who numbered approximately six million at the time. COINBASE is in the business of facilitating crypto-currency transactions between merchants and consumers. These Crypto-Currencies include Bitcoin, Litecoin and Ethereum. Coinbase sought to quash the government’s information request. The Federal Court sided with the government, but limited the scope of production to those users who sent, received, bought or sold $20,000.00 or more of crypto-currencies in a single year between 2013 and 2015. The users who fell within the purview of the order numbered only 14,355. Parenthetically, Coinbase now states it has 50 million users on its web page, so many more have jumped on the Bitcoin bandwagon since the case was decided. In my view, the government only got a small fraction of the information that was sought. 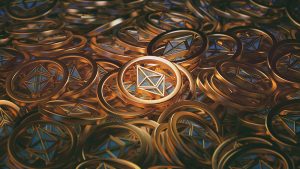 So, with the precipitous rise in Bitcoin valuation, what is a divorce litigant to do when he or she suspects that the other spouse is amassing and secreting Bitcoin in a matrimonial matter? Would Coinbase, a company whose mailing address is in California, even bother responding to a New York State Court subpoena for information, where it has shown it will vigorously protect the privacy of its users? To my knowledge, there is no answer yet to this question. As the penalties for non-compliance with a New York judicial subpoena are beyond the scope of this blog, suffice it to say, that the power of the New York Court to punish an out-of- state corporation is extremely limited.

I have pondered a multifaceted strategy to acquire information from platforms such as Coinbase.

If you believe your spouse has acquired Crypto-Currency, you need to hire seasoned and experienced matrimonial attorney to try to uncover hidden Crypto-Currencies.

I have been trying divorce cases and Family Court hearings since 1987. My goal first and foremost is to win at trial when a settlement cannot be reached in the case. Focusing on the needs of the client and the results sought have always been a hallmark of my Long Island practice over the past 30 years.

Feel free to contact me, H. Michael Stern, Esq.,a Long Island divorce and family law attorney, if you are interested in a Free Consultation to discuss your matrimonial, divorce or family law matter at 516-747-2290.