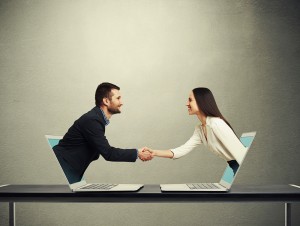 Here is the reason why this is so important. I recently had a case where a party, who owned corporations, deleted the entire field of the document dedicated to corporate assets. The attorney submitted that Statement of Net Worth to me and the court with the omitted field. When the omission was brought to the attention of the court, the lawyer preparing the form claimed inadvertence and the judge accepted the explanation without any hint of outrage. The lawyer promised to correct the defect. However, I do not believe for a single moment that the omission was anything but deliberate, meant to conceal the existence of the corporate holdings of his client. Had I not been familiar with the official form, the omission would not have been noticed. This is a method of hiding assets.
The lawyer may have been able to certify the defective document as truthful, as it did not contain the entire field relating to corporations. While the ethics of doing so is highly questionable, he nearly got away with it. The lesson to be learned from this blog post is to know the contents of the official form so an unscrupulous party cannot tamper with it and eliminate fields which would reveal the existence of valuable assets.

If you are considering divorce, you can contact me at hmsternesq@gmail.com or 516- 747-2290 to discuss your concerns.